Why Is Smoke Coming From My Subaru?

Brown smoke often means that your car is burning too much oil. Black smoke means that the fuel mix is too rich. White smoke indicates a problem with the coolant. If you notice smoke coming from the exhaust, it’s best to take the car to a mechanic. They will be able to diagnose and solve the problem.

When you see smoke coming from your car, it’s trying to tell you something. Here are some of the possible reasons why your car is smoking, and what the color means.

What Does Black Smoke Mean?

If you see black smoke coming from the back of the engine, it can signal that there is a problem with the fuel mix. Often, there won’t be enough air getting to the engine. This makes the mix too rich. The excess gas is sent out the exhaust, where it manifests as black smoke.

There are a few reasons why this might be happening. One of the most common problems is that the air filters have been clogged. Because of this, not enough air will be getting into the engine.

Another potential concern is that the MAF sensors might be malfunctioning. These are responsible for measuring how much air is getting into the engine. This can impact the way that the engine is functioning. Sometimes, you will notice that this is starting to lower the performance of the engine.

Sometimes, you will get engine deposits. These are especially common amongst older vehicle models. The longer the engine is running, the more the oil and debris will accumulate. Eventually, this will start to impact the way the engine is functioning.

Finally, it can be caused by fuel injectors. When this component malfunctions, it will be releasing too much fuel into the engine. This excess will be swept out through the exhaust, resulting in black smoke. Sometimes, this can happen if the injectors are clogged with debris.

What Does White Smoke Mean?

A third common color of smoke to see is white. However, this doesn’t always indicate a serious problem. To determine the severity, you’ll need to look at the thickness of the smoke. If it’s a thin vapor, it’s likely the result of condensation in the exhaust. This is perfectly normal and doesn’t indicate a problem in the car. However, if the smoke is thicker, it could be a more serious problem. Generally, the cause will be linked to coolant from the engine. There are a few reasons why you might notice white smoke from the exhaust.

The most common cause of white smoke is a leak somewhere in the coolant system. In this case, the smoke will appear when the car is running. But when you start it up, it won’t be present. Another way to spot this issue is by leaving the car parked for a while. When you move off, check under the car. If you see a pool of green liquid, you are leaking coolant.

At other times, white smoke can appear when you are running low on coolant. The best way to check this is by looking at the internal temperature. If it is rising rapidly, you don’t have enough coolant. You’ll need to pull over, wait for the engine to cool, and add some more. This will stop the car from overheating.

Finally, white smoke can indicate a problem in other parts of the car. It can indicate an issue with the cylinder, gasket, or fuel filter. Sometimes, it can be a warning sign that the engine is clogged.

Why is White Smoke Coming From Under the Hood?

You should never ignore white smoke coming from beneath the hood of your car. This can be a sign of serious engine troubles. It can be a sign that your engine is starting to overheat. If you continue to run the car when it is overheating, it can exacerbate any problems.

The best course of action is to pull over and carefully open the hood. The smell of the smoke can tell you what has gone wrong. For example, if you can smell gas, it might be a crack in the engine block or a leaking gasket head. It’s best to wait for the car to be towed away. Driving it could make matters worse. You’ll need to have a professional mechanic take a look at it and determine the cause of the problem.

What Does Blue Smoke Mean?

The color of the smoke can indicate what could be causing it. In this case, it could warn that the engine is burning more oil than it should.  It should be noted that all engines burn oil. It keeps them running smoothly. However, most engines will only burn a small amount of oil. When you see it smoking, you will often be burning too much.

There are a few reasons why this might be occurring. For example, it might be a problem with the rings around the piston. Over time, these will wear down. When this happens, it can cause more oil to come into the combustion chamber. If this is the cause of the problem, the smoke will get worse when you are accelerating.

Another potential cause is a stuck PVC valve. This is what helps regulate the pressure in the oil valve. If it gets stuck, it will keep mixing air and oil inside the engine. This will produce a steady stream of brown smoke.

The third cause of blue smoke could be the valve seals. These open and close to control the mix of oil in the engine. Over time, these will get worn out. Because of this, they can be causing the oil to be burnt with the gas. If this is the case, the smoke will be most noticeable when the car is first started.

Do I Need to See a Mechanic if Smoke is Coming From My Car?

When you notice engine smoke, it’s important to take the car to your mechanic. As we’ve seen, it can often indicate a more serious problem in the engine that needs to be addressed. These issues are unlikely to go away on their own. The longer you wait, the worse the problem will become, and the more expensive it will get to fix.

When you bring your car to the mechanic, the first thing that they need to do is identify the problem. Sometimes, they can do this by looking in the engine. Other times, they will need to perform some tests. Once they know what is wrong, they can get the parts and start to solve the issue.

How long it will take them to fix the problem can vary. Sometimes, it can be as quick as a few hours of work. At other times, it will take a few weeks.

Smoke coming from your car is often symptomatic of a larger problem. By looking at the color of the smoke, you might be able to get a better idea of what could be causing the issues. For example, black and brown smoke indicates engine problems. White smoke might signify an issue with the coolant systems. You should take the car to the mechanic as soon as you see it smoking. Call us at (501) 214-1091 to schedule your appointment in North Little Rock, Arkansas!

SL Autoworks is the #1 Mechanic in Arkansas! We are dedicated to quality and specialize in BMW and Subaru. Call or message us about your maintenance, repair, or performance needs today. 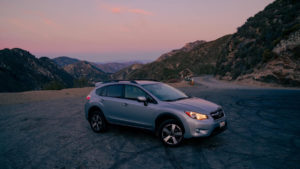 6 Steps To Prep Your Subaru For A Road Trip  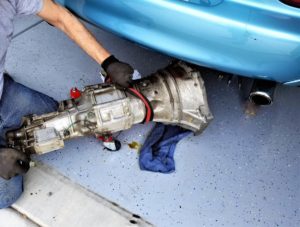 6 Signs Your Subaru Transmission Needs To Be Repaired 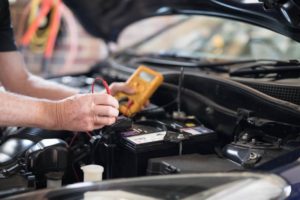 5 Reasons Your Subaru Check Engine Light Is On