3 Signs Your Subaru Has Ringland Failure

Ringland failure is quite common in Subarus. It is vital to understand the impact on your vehicle, the signs to look out for, and what to do if you do notice any of the signs described below. Ignoring these signs may lead to severe damage to your engine that is very costly to repair. As with anything else, catching the problem early will save you time, money, and frustration!

3 Symptoms of Ringland Failure on a Subaru

The ringland is not something you may think of often. However, it is critically important to the performance of your engine. While there are many indicators of ringland failure, here are the top three most commonly cited symptoms.

Many Subaru owners believe that the stock exhaust system on Subaru’s was not designed to be driven hard. Thus, it is often seen as the culprit of ringland failure. If you notice that your exhaust appears to be clogged and sluggish, this could be an indication that something serious is wrong.

The factory exhaust is small in diameter. It also has two catalytic converters that are designed to comply with emissions. However, they are not built with longevity in mind. Vehicle performance was not taken into account either, as they quite often lead to ringland failure as soon as drivers start to push the vehicle hard.

Another sign that you have an issue with the ringland on your Subaru is that a detonation-like sound starts to come from the area surrounding your fuel tank. This is caused by the dilution of your fuel supply. Since your Subaru needs a stable supply of clean fuel in order to perform at high levels, this can be a troubling dilemma.

During the ordinary course of driving, a certain amount of oil vapor will get through the intake system on a Subaru. However, the harder you drive your car, the more pressure is placed on the system. You will want to consider installing a catch can system that will catch this oil before it invades your fuel supply.

3. A Popping Sound Coming from the Cylinder

The stock exhaust manifold from Subaru may be causing your ringland to fail. This is because two of the cylinders are more likely to fail than on other makes and models. If you hear a popping sound coming from your cylinders, you will want to consider swapping them out.

The key is to have an exhaust manifold that is of equal length on both sides of the vehicle. This will allow unrestricted flow when you need it most and increase the boost and power that you get when performing at a high level. While this is not a common cause of ringland failure, it is nonetheless something that you should be on the lookout for.

How to Properly Diagnose the Issue

A common issue with high-performance Subaru’s is an engine that frequently misfires and a lot more oil than expected to be consumed. If your engine is misfiring, it is likely that the engine is not receiving the proper mix of gas and air. This can lead to ringland failure and potentially more issues.

When the ringlands on your Subaru have failed, you will likely notice one of the following things:

If you notice one of these two things, you should have a mechanic take a look right away. To diagnose the issue, you can look at the oil level in your Subaru. If the oil is disappearing right before your eyes, that is an indication that you need to get the vehicle into the shop. 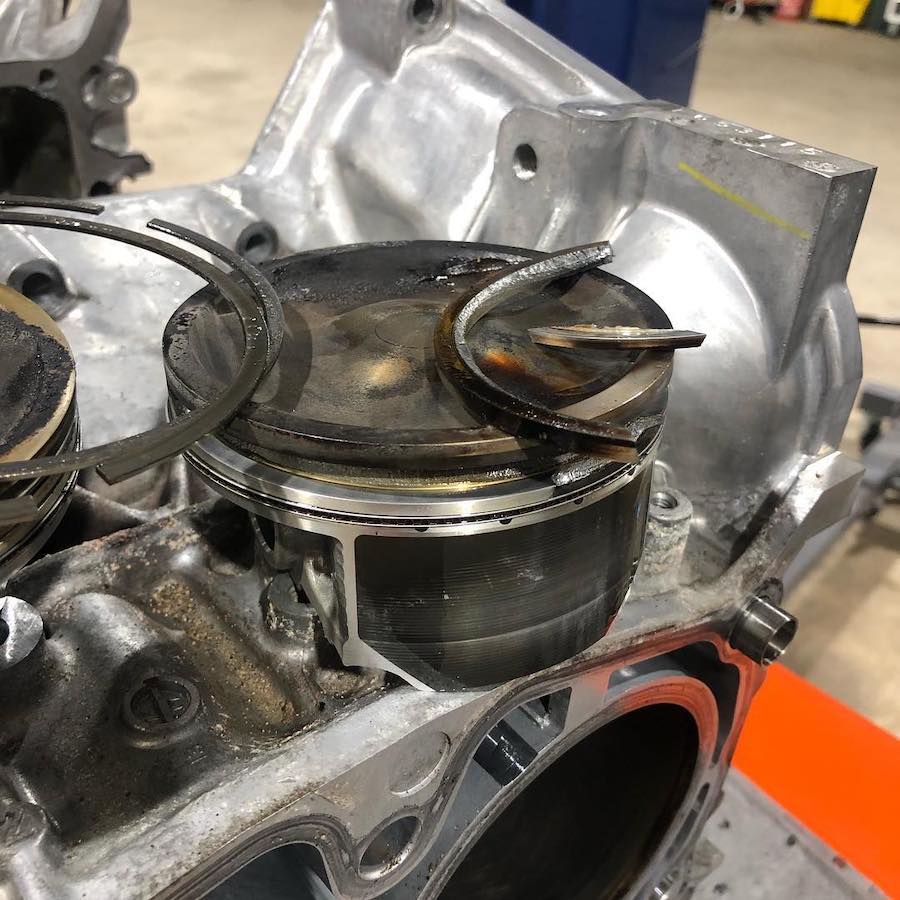 How Can You Prevent Ringland Failure on Your Subaru?

If you want to minimize the chances that the ringland on your Subaru will fail, then proper maintenance and regular tune-ups are essential.

While your Subaru is built for performance, it requires proper maintenance in order to stay on top. To keep your ringland from failing, you will want to change your oil regularly. It is also important to use high-quality oil. You want a durable and reliable oil filter fitted in place as well.

For the ringland to function correctly, it requires high-quality components working behind the scenes. As part of your maintenance, you will want to make sure that spark plugs, PCV valves, and air filters are changed when needed. Finally, it is always helpful to use a high grade of gasoline to keep the engine in your Subaru performing at a high level.

Proper engine tune-ups are also essential in your effort to keep the ringland from failing in your Subaru. This is particularly important as you begin to make even minor modifications to your performance car. Since the engine will noticeably react to these changes, you need to make sure you have proper tune-ups in order to ensure all components are ready for action.

Don’t Wait! Save money by maintaining your vehicle.

Tips to Help Avoid Ringland Failure on a Subaru

If you notice a misfiring sound or smoke coming from your engine, these are the first indicators that your Subaru is suffering from ringland failure. This results from too much heat and pressure building up on the ringland, causing it to fracture.

Depending on the model that you drive, there are as many as three ringlands on your Subaru. If you want to minimize your chances of winding up with a broken one that is costly to replace, we have the following tips for you.

If you suspect that your Subaru has Ringland failure, you will want to bring your vehicle to a mechanic that you trust. We can diagnose the issue and get you safely on your way. This is a way to protect the investment you have made in your Subaru and help give you many years of comfortable driving ahead. Give us a call at (501) 214-1091 today!

prices that always beat the dealer